Here are some example pictures and technical descriptions of Northern Electric / Northern Telecom / Nortel Pay modern single slot phones until recently were found in both the USA and most parts of Canada. Some Centurions and Millenniums were still in use in Canada as of the early 2020s. 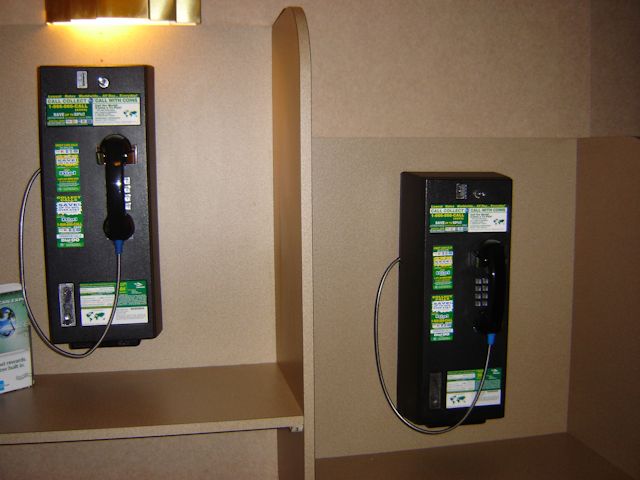 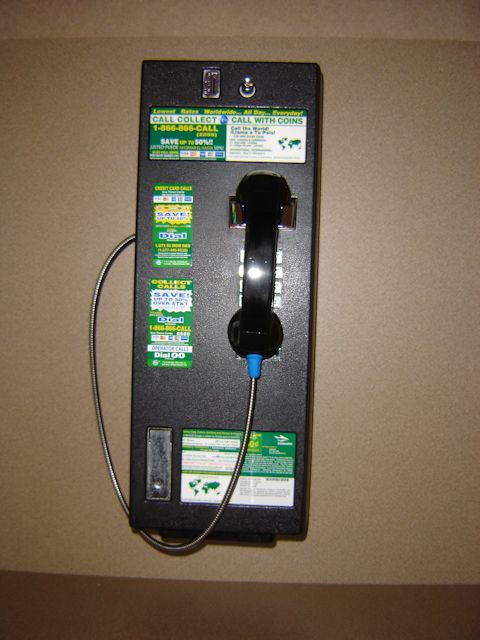 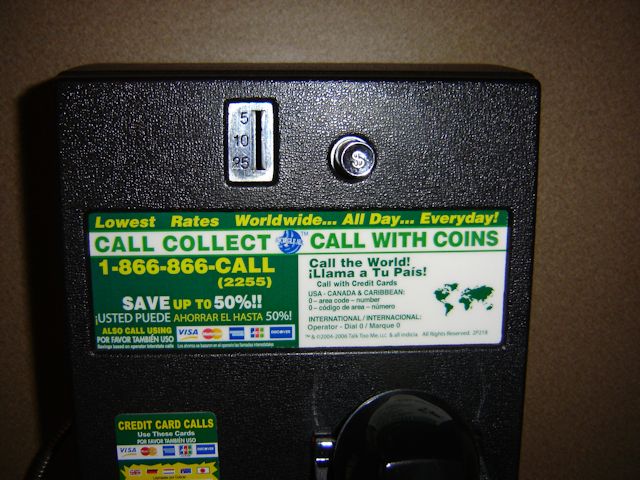 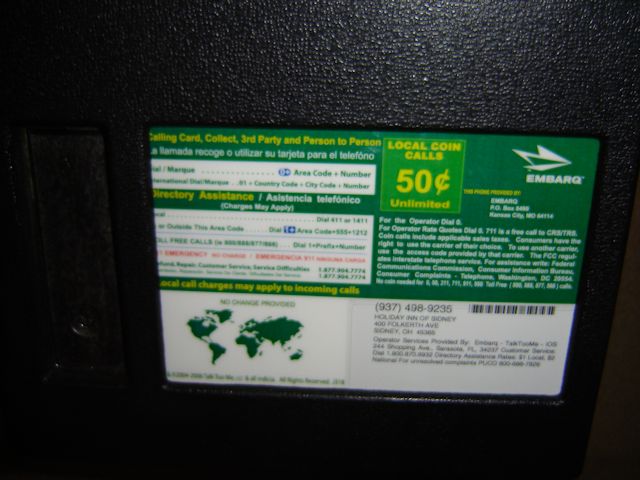 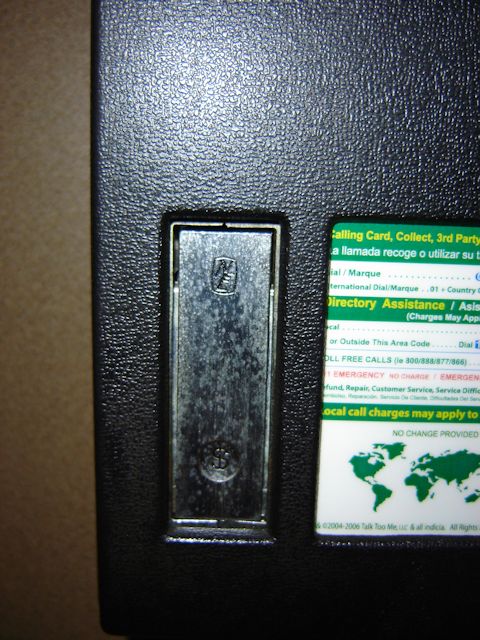 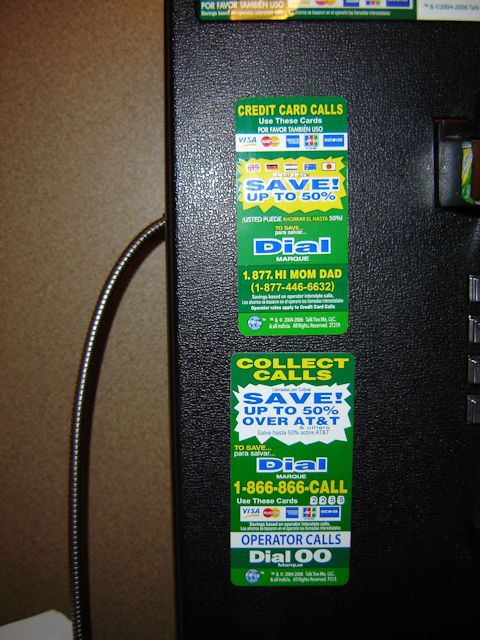 This is an example of a Northern Electric/Northern Telecom Centurion pay phone. This pay phone was manufactured from roughly the mid-1970s through the mid-1980s. These phones have interchangeable plastic covers and can be found commonly in the following colors – brown (most common, shown here), black, green and blue. Initial units used a rotary dial system and later units were Touch-Tone. Coin slot accepted denominations of 5, 10 and 25 cents. Centurions had a coin return button. Older versions of the phone have a “Northern Electric” symbol on the coin return hopper door. Newer ones have a “Northern Telecom” symbol. Versions made for the USA were made to be compatible with the Bell System dual-frequency tone ACTS system. Canadian versions originally used single tones but may have been later modified to use the dual-tone system. Canadian versions can take either American or Canadian coins. I do not know if the USA version could take Canadian coins or not.

The Nortel Millennium (later sold to QuorTech, now maintained by WiMacTel) is a very sophisticated COCOT phone. Not only does it handle all the coin functions internally as do regular COCOTS, but it also has a calling card/credit card reader slot and several speed-dial buttons. The ones shown here is the “Multi-Pay” version. There are desktop versions and a “Coin-Only” version without the card slot. 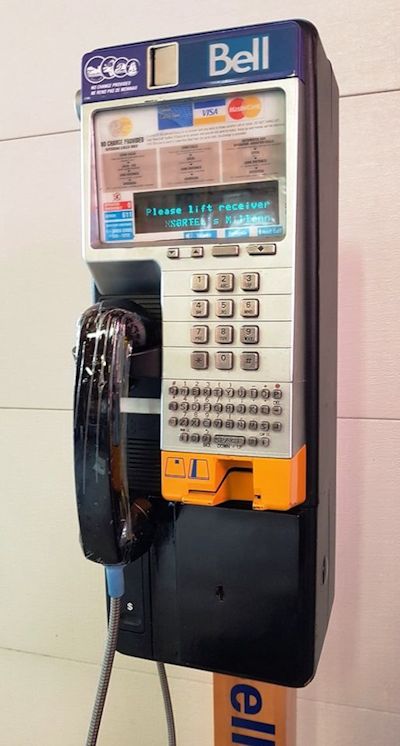 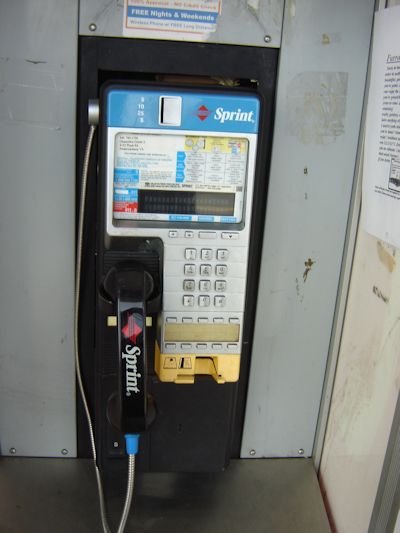 The Millennium line was introduced in the 1990s and allowed the use of coins (5, 10, 25 cents and 1 dollar for Canadian versions) and cards (credit card or phone cards as well as “smart” chip cards.) They were equipped with an advanced electronic coin validator, which could detect slugs or coin blockages. These units came with a touch tone key pad only. A display screen allowed the user to view the number dialed and switch between two languages, where the operating company has a choice of any combination of English, French, Spanish and Japanese. The VFD display also allows the operating company to set scrolling messages and ads, with a total of 20 messages possible in total, 10 for on hook and 10 for off hook.

In the US, the following companies were known to use them, and often had their branding stamped on the case: Sprint/Embarq, US West Express, Qwest, GTE/Verizon, Nevada Bell. In Canada: Bell Canada, Telus, Sasktel, Telebec, Telephone de Nantes, Telephone de Warwick.

The rights to Millennium phones were sold to QuorTech when Nortel moved away from manufacturing phone devices, and were subsequently sold to WiMacTel. Quortech has all but disappeared from the public and in March 2014, WiMacTel announced they were the only operator of Millennium payphones in Canada and the US.

The phones themselves are quite complex, using a Zilog Z180 processor with a number of peripherals attached. The whole point of the Millennium system was security and advanced monitoring. All Millennium phones connect to a server platform called Millennium Manager, which allows the operating company to control and monitor virtually every aspect of a phone. The phones ‘call home’ on a regular basis, uploading CDR records if they are full and reporting coinbox status (down to the amount of coins in a given denomination). The coin vault lock has a small micro switch that can detect break ins, which will cause the phone to call into the Millennium Manager with an alarm. The main housing lock also has a similar switch, which if triggered without entering the craft interface beforehand will trigger an alarm as well.

A Mondex version of the payphone was also produced, it has a special larger display with navigation keys. There is also an inmate version of the card only set, as well as a smaller deskset that used only a card reader. The desk set closely resembled a regular Meridian M7310 office phone. These smaller sets were often found in malls and hospitals.

These phones can sometimes be found on eBay for relatively cheap, though one cannot do much with them without the connection to the Millennium Manager. There are a few active projects which are trying to solve this problem however.