Information on other modern electronic and digital telephone switching of note.

Siemens of Germany is a well-known manufacturer of telephone equipment. Their main switch for the public switched telephone network is the the EWSD (Electronic World Switch Digital – a medium to high capacity switch) for both the North American and world markets. Siemens started the manufacture of the EWSD in 1976. It is now a division of Nokia Networks. 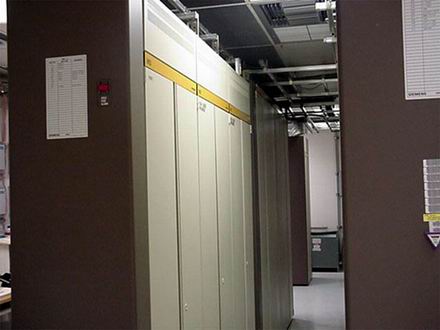 Stromberg-Carlson was known for their more famous XY line of Step by Step switches, but in the 1970s developed their own electronically controlled analog switch.

This switch was known as the Electronic Switching Center (ESC) that was developed in the early 1970s. The ESC was a “crossreed” switch that used reed relays instead of mechanical crossbars. The known variants of the ESC were the ESC-1 and ESC-3.

In 1977, Stromberg-Carlson developed their own digital central office, known quite affectionately as the Digital Central Office (DCO). The DCO is designed for a small to medium capacity switch.

Siemens manufactured the DCO switch until recently along with their own line of central office switches (see Siemens section above).

Other digital switches that are also used in the North American Market: