Automatic Electric (by this time, a division of GTE) attempted to compete with Western Electric by developing their own electronically controlled analog telephone switching system. In 1972, AE released the #1 EAX (Electronic Automatic eXchange) switch for Class 5 (local end office) functions, with Class 4 (toll) functions being added a year or so later. The #2 EAX switch came several years later to serve smaller central offices and used updated hardware and software.

Again, in an attempt to compete, Automatic Electric developed a series of fully digital central office switches. In 1978, AE started the manufacture of the GTD-3 (#3 EAX – Electronic Automatic eXchange) switch, and was succeeded by the GTD-5 (#5 EAX) in 1982.

In 1989, GTE and AT&T formed AG Communications Systems (the “AG” stood for AT&T and GTE, who co-owned AGCS). AGCS continued the manufacture and the support of the GTD-5 switch. When AT&T spun off Lucent in 1996, AT&T’s interest in AGCS was transferred to Lucent.

With formation of Verizon from GTE and Bell Atlantic in 2000, GTE spun off their interest in AGCS to Lucent. Lucent itself was sold to Alcatel, and subsequently sold to Nokia. 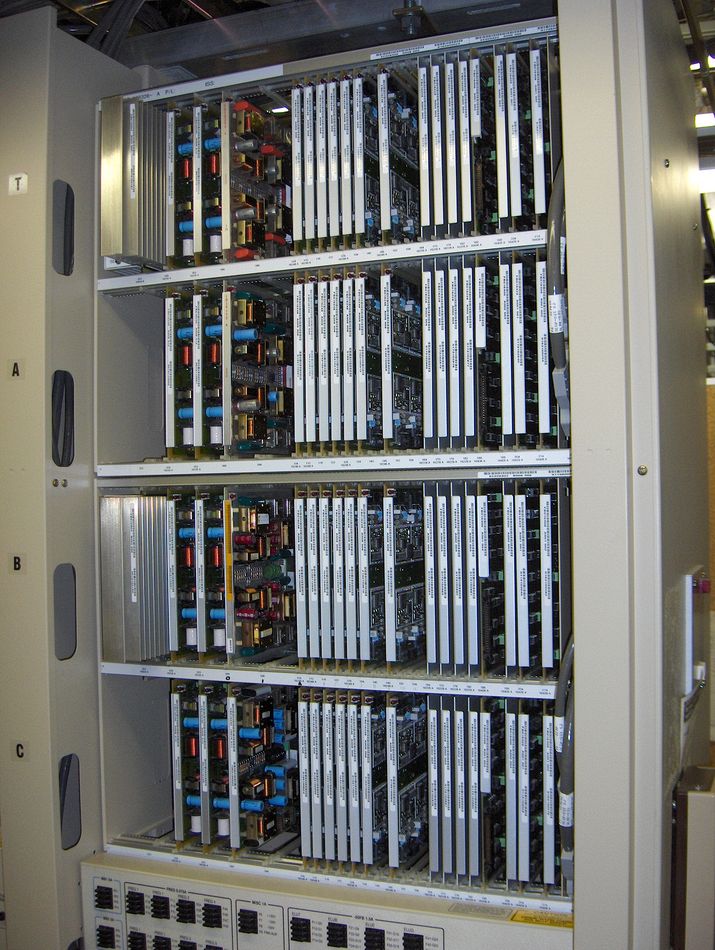 RSU (Remote Switching Unit): Small switching system meant to replace small community dial offices with a capacity for up to 3,000 lines. A total of 32 RSUs can be supported by one host GTD-5 switch.

GTD-5 switches, as one would expect, were in widespread use as GTE central office switches. They were also used in some independent telephone companies. However, as time goes on, many GTD-5 switches are being replaced with other brands and models of digital switching equipment, and in some cases packet switches.