Electronic Switching Systems were made possible by the invention of the transistor. They apply the basic concepts of an electronic data processor, operating under the direction of a stored-program control, and high-speed switching networks. The stored-program control (SPC) allows system designs the necessary flexibility to design new features and install them easily. The SPC controls the sequencing and call routing of operations required to establish a call. It can control a subscriber line or trunk (inter-office) line according to its application.

The first field trials of an “electronic” switching trial took place in Morris, IL in 1960. This trial did not use a transistor-based system but a cold-cathode vacuum tube system. More information can be found on the Morris, IL history page.

In 1963, Bell Labs released the 101 ESS PBX system as an electronic switching system. This led to the development of a full electronic central office switch, the #1ESS.

The #1ESS switching system was designed for areas where large numbers of lines and lines with heavy traffic are served. It generally serves between 10,000 and 65,000 lines. The memory of the 1ESS is generally read only memory (ROM) so that neither software or hardware malfunctions can alter the information content.

The #1ESS was updated in 1976 with the introduction of the 1A processor. #1ESS switches installed in 1976 and beyond were known as #1AESS switches. The 1A processor was designed for local switching applications to be implemented into a working #1ESS switch. It allowed the switching capacity to be doubled from the old #1ESS switches also. The 1A Processor uses both ROM and RAM (Random Access Memory). Magnetic tape units in the 1A Processor allow for system re-initialization as well as detailed call billing functions.

Both the #1ESS and the #1AESS switches use the same peripheral equipment which allows for easy transition. Programs in both switches control routine tests, diagnose troubles, detect and report faults and troubles, and control emergency actions to ensure satisfactory operation. The #1 and #1AESS switches were the first to offer “custom calling features” such as call waiting, three-way calling and speed calling. They also offer business features such as Centrex (PBX-like features but using the regular central office switch).

In the 1990s, the #1AESS was augmented in many central offices with the AT&T 3B20 series of computers as an adjunct processor. This allowed for connection to Signalling System Seven (SS7) networks, Equal Access capabilities, and also allowed for Caller ID to be added to the #1AESS. This gave the switch an extended extra life that would not have been possible without the adjunct computer. There were so many #1AESS switches in service by the early 90s that it made sense to do this until they were eventually all replaced with either digital switches or later with packet switches. 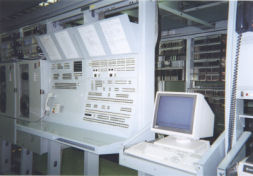 Interestingly enough, the #1AESS was around for so long that it outlived the development of digital switches, as the #5ESS, DMS-100 and EWSD switches were all discontinued by the time the last set of #1AESS switches were removed from the PSTN. Verizon and AT&T made an effort to get rid of all of their #1AESS switches before the end of the 2010s. The last known #1AESS switch was in Odessa, TX (Odessa Lincoln Federal wirecenter ODSSTXLI). It was disconnected from service around June 3, 2017 and cut over to a Genband G5/G6 packet switch.

Western Electric introduced the #2ESS switch in 1970 as a smaller and cost-effective local central office switching system, meeting the need for 2,000 to 10,000 line offices. One of the differences between the #1ESS and the #2ESS is that in the #2ESS, lines and trunks terminate on the same side of the network, which is called a folded network. There is no need for separate line and trunk link networks as in the #1ESS. Also, the network architecture was designed to interface with customer lines carrying lighter traffic, the features were oriented toward residential rather than business lines, and the processor was smaller and less expensive.

The processor for the #2ESS was upgraded several times during the production run. In 1976, the #2BESS was introduced with the first installation in Acworth, GA. The #2BESS had an advancement called the 3ACC (3A Central Control), which is in the place of the processor. The 3ACC doubles the call capacity originally available in the #2ESS switch by combining integrated circuit design with semiconductor memory stores. It also requires one-fifth of the floor space and one-sixth of the power and air conditioning that the #2ESS central processor requires. The 3ACC is a self-checking, microprogram-controlled processor capable of high-speed serial communication. Resident programs in the 3ACC are hardware write-protected, but non-resident programs like maintenance, recent change (RC), and back-up for translations or residential programs are stored on a tape cartridge.

Also in 1976, the need for switching in rural areas serving fewer than 4500 lines resulted in the introduction of the #3ESS switch. The 3ESS switching equipment is the smallest Western Electric space-division, centralized electronic switching system which serves 2,000 to 4,500 lines. The 3ACC is used as the processor in the #3ESS, which was designed to meet the needs of a typical Community Dial Office (CDO). It, too, is a folded network like the #2ESS and #2BESS. The switch was designed for unattended operation, implementing extensive maintenance programs as well as remote SCCS (Switching Control Center System) maintenance capabilities.

The last #2ESS and #3ESS series switches left in the public switched telephone network by the late 1990s as it would have been too expensive to add Equal Access capabilities to these switches. There is an operational #3ESS preserved at the Connections Museum in Seattle, WA. 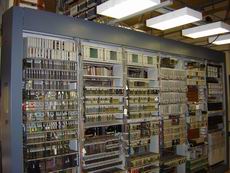 In 1976, Western Electric developed its first digital switching system. This time it was not an local central office switch, but a long-haul tandem switch. This switch, the #4ESS, was the replacement for the large numbers of #4A Crossbar tandem switches that were in use at the time.

The #4ESS switching equipment is a large-capacity tandem system for long haul circuit interconnection. The #4ESS was the first switch made with out-of-band signaling (CCIS – Common-Channel Interoffice Signaling) in mind to replace the easily defeated Multi-Frequency (MF) form of in-band signaling. However, the #4ESS was made to support older Multi-Frequency (MF) and even Dial-Pulse (DP) signaling. The Stored Program Control network allows for features such as the Mass Announcement System (MAS) and WATS (Wide-Area Telecommunications Services) screening/routing. The #4ESS also
provides international gateway functions. It uses a 1A Processor as its main processor, which, along with its use of core memories and higher speed logic, is about five times as fast as the #1ESS processor. The 1A was later upgraded to a 1B processor. The 1A is a 24 bit machine while the 1B is 32. They did this to expand in core (DRAM) memory for more translations and features. All the #4ESS switches can be remotely administered and maintained from centralized work centers which means that very few functions need to be performed at the site of the switch itself.
In the 1990s, a second-generation #4ESS switch was developed. The advancements over the original #4ESS are not known.

The last #4ESS was installed in suburban Atlanta, GA in 1999 as a toll tandem for AT&T. At the peak (1999), there were around 145 #4ESS switches in the AT&T long-haul network, with several owned by various Regional Bell Operating Companies (RBOCs). As time goes on, AT&T is replacing or supplementing their #4ESS toll tandem switches with #5ESS switches, which are of a much advanced design and are used as “edge” switches in the network. Most RBOCs who used #4ESS tandems have replaced them with #5ESS switches and/or tandems of other manufacturers (e.g. Nortel). As of 2021, AT&T still operates and maintains approximately 100 #4ESS switches in the public switched telephone network. 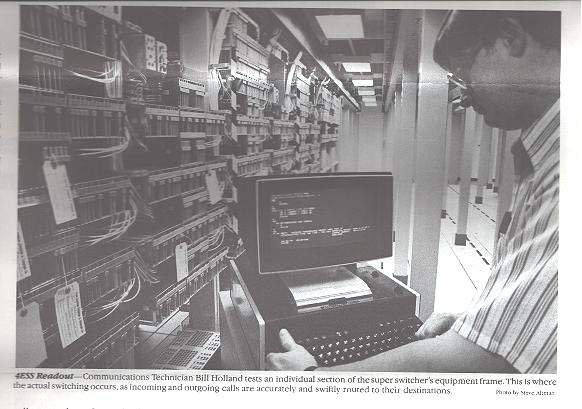 Circuit testing with a #4ESS tandem

The Nokia N4E-N1B (New 4ESS) is the ATCA (Advanced Telecommunications Computing Architecture) based next-generation toll switch for AT&T. The N4E-N1B includes the 4E APS and 4ESS software, but replaces the 1B processor and the peripheral units which run in emulated environments on an ATCA blade or commercial off-the-shelf servers. The N4E-N1B is based on the Alcatel-Lucent (now Nokia) gateway platform (7520 Media Gateway (MGW), 1310 Operations and Management Console – Plus (OMC-P) and the 5400 Linux Control Platform (LCP) and includes other elements such as MRV console terminal servers.

Western Electric finally introduced its digital local central office switching system, the #5ESS, in March 1982 with its first installation in Seneca, IL. It is a digital time-division electronic switching system designed for modular growth to accommodate local offices ranging from 1,000 to 100,000 lines. It was designed to be a multi-use and modular switching platform to perform switching functions for urban, suburban and rural communities. The switch was also designed to provide both local office and regional toll tandem functions within the same switching platform.

There are a very large number of #5ESS switches of various generations and styles in current use within the public switched telephone network. The uses vary from a regular local end office switch, a regional tandem, and a long-haul tandem switch. The last #5ESS switch was made in 2003. 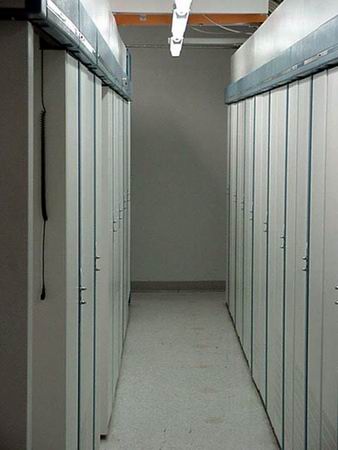 The last thing to mention here are Remote Switching Systems (RSS) and Remote Switching Modules (RSM). The No. 10A RSS is designed to act as an extension of a #1ESS, #1AESS, or #2BESS switching equipment host and is controlled remotely by the host over a pair of dedicated data links. It shares the processor capabilities of these nearby ESS switches and uses a microprocessor for certain control functions under the direction of the host central processor. The RSS is capable of stand-alone functioning if the links between it and the host are severed somehow. If this occurs, though, custom calling, billing, traffic measurements, etc. are unavailable — only basic service on intra-RSS calls is allowed.

The #5A RSM can be located up to 100 miles from the #5ESS host and can terminate a maximum of 4000 lines with a single interface module. Several RSMs can be interconnected to serve remote offices as large as 16,000 lines. It is a standard #5ESS system interface module with the capability for stand-alone switching capability if the host-remote link fails. One difference from the RSS of the RSM is the ability to use direct circuits with other switches, whereas the RSS requires that all interoffice calls pass through the host switch.

In 1984, Western Electric was absorbed into AT&T as part of divestiture. In 1996, the hardware group of AT&T was spun off into its own company – Lucent Technologies. The #5ESS switch (now known as the 5E-XC) was made by Lucent up until about 2003. In 2006, Lucent merged with the French company Alcatel to form Alcatel-Lucent. Finally, Nokia purchased Alcatel-Lucent in 2016 and is now the maintainer of the intellectual property once held by Western Electric.